During the ancient years

There is a very interesting story from the ancient years that many believe to be a myth, with regards to General Vrasidas the Spartan. During the campaign against Anfipolis, Vrasidas was trapped by the Athenians inside the gulf of N. Peramos. In order to escape, Vrasidas managed to pass his boat through a small strip of land, during the night , and leave into the open sea.
This is how Vrasidas’s peninsula took his name. 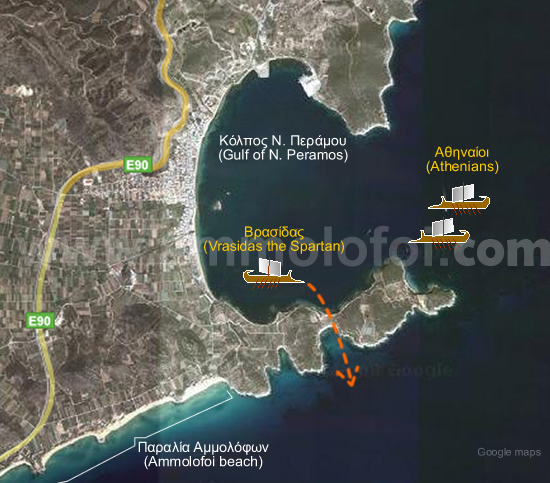 During the Byzantine Empire

West of Kavala, in Eleftheres there is the vilage of N. Peramos. Between the 10th and 15th century during the years of the Byzantine Empire, the town was called Anaktoropolis. A large part of the town’s Byzantine castle of the town is still standing, after all these year, located to the west of the N.Peramos.

There is an inscription in the castle with the name of the Great Duke Andronikos Kontostefanos, the nephew of Emperor Manuel A’ (1143-1180).

The discovery of the relationship between Duke Kontostefanos and Emperor Manuel places the construction of the castlekastro1 somewhere between 1167 and 1170.

Another theory is that the castle was built by the Great Duke Alexios, during the civil war (1342) while he was sailing in the area. He built the castle in order to control one of the few ports between Thessaloniki and Konstantinoupoli. 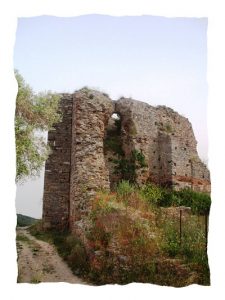 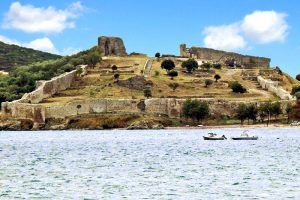